Never have I given 5 stars to every single book of a series. Well, until now. If you haven’t read this series, then WHAT ARE YOU WAITING FOR? It’s so amazing that talking about the series makes me clutch my heart and cry out in pain – the good kind of pain. Sanderson creates a masterpiece of fantasy that readers will be loving for generations to come. 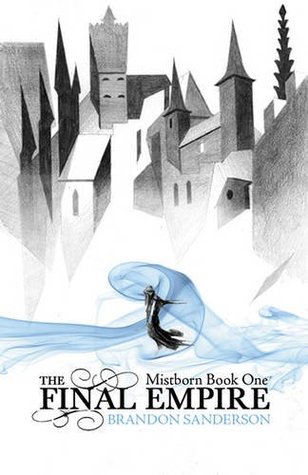 Synopsis:
In a world where ash falls from the sky, and mist dominates the night, an evil cloaks the land and stifles all life. The future of the empire rests on the shoulders of a troublemaker and his young apprentice. Together, can they fill the world with colour once more?
In Brandon Sanderson’s intriguing tale of love, loss, despair and hope, a new kind of magic enters the stage – Allomancy, a magic of the metals.

I’M NOT SUPPOSED TO BE READING.

I have several papers to write, 40 pages of textbook to read/outline, and two tests to study for by Thursday of this week. I AM N O T SUPPOSED TO BE READING.
But alas, I picked this book one day to procrastinate in the wee hours of the morning (yeah I wake up at 4 am sometimes to do homework) and I couldn’t. Put. It. Down.

The Mistborn Trilogy was just a series that was constantly on my radar, but I never really bothered to pick up because of one thing or another. I didn’t enjoy Sanderson’s Steelheart(lost interest and never got back to the book), and I really liked Rithmatist by him too, but it wasn’t like GREAT or anything. It was just, ya know, enjoyable.

But this one? Oh boyyy. This one literally blew me away.
My reactions at school were literally scaring some of my peers, I think. (Oops. #sorrynotsorry)

If you’re looking for a great fantasy read with a magnificent world, a breathtaking magical system that will leave stars in your eyes, complex characters full of life, and an evil ruler who isn’t what he seems to be, PICK THE FINAL EMPIRE UP. RIGHT NOW. I would give up my right leg (aka my favorite limb) to be able to watch a well-done movie of this book.

We are planning a revolution in this book. And every character stands out on his/her own, every detail is added so flawlessly, every action that our crew takes leaves so many people in awe and brings a level of hope that have never reached the hearts of the skaa people, or the slaves in this fantasy world.

“‘The rebellion fails because it’s too unwieldly and spread out. Anytime one of its many pieces gains momentum, the Steel Ministry crushes it. That’s not the way to defeat the Final Empire, gentlemen. But, a small team – specialized and highly skilled – has a hope. We can work without great risk of exposure.e know how to avoid the Steel Ministry’s tendrils. We understand how the high nobility thinks, and how to explot its members. We can do this!'”

This book goes back and forth between a limited third person point of view. One of these POV’s is Kelsier, who is a DELIGHTFUL character to read about. People call him insane. People call him a savior. People call him a god. And reading his antics drew up an excitement in me that I usually only get watching those huge films that use a lot of CGI and have loads of explosions and stuff. But this is from WORDS guys, not pictures (ahh, the beauty of reading).

One of the other POV’s is his apprentice named Vin, who grows so much in the story, both physically and mentally. She’s scrawny, she’s quiet, but she’s also deadly as hell. I can’t wait to see what the next installment has in store for her.

THE MAGIC. THE MAGIC IS STUNNING IN THIS BOOK.
Powers are based on metals and alloys. It is awesome. Like, not just “totally dude, that’s awesome!” It strikes awe into the minds of readers (like me) and just dazzled me continuously. I love how readers are also learning more things about these magic properties as Vin learns things about it. It gives great room for growth for this system, and makes me anticipate the sequel even more.

I guess my only complaint would be the romance? Okay, so you know me. I like romances, from cheesiest ones to ever cheese to the occasional bittersweet tragedies. But I really, really couldn’t feel the chemistry in this one. HOWEVER, at the same time, I felt like there really wasn’t a need for romance in this book anyway (seriously it was perfect with all the heists going on anyway), but it made a pleasant, if not emotional, addition to it. So I liked it in the end. Just not my typical romance. (Seriously it kind of just sprang up like “BAM.”)

This fantasy was simply breathtaking, from the amazing world Sanderson creates to the intricate magic system; every single word, every detail just makes you keep wanting to read more and more. I seriously couldn’t tear my eyes away from the pages. If you’re looking for an adventure that’ll take you to a whole ‘nother dimension and will steal your breath way, you’re in luck. 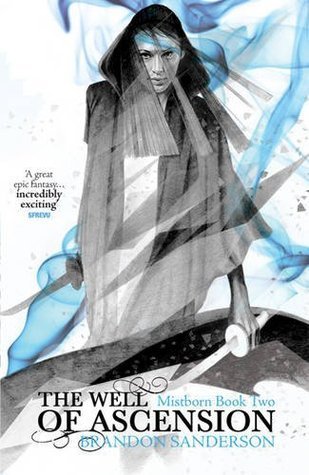 The Well of Ascension
Author: Brandon Sanderson
+Add to Goodreads

Synopsis:
The impossible has been accomplished. The Lord Ruler – the man who claimed to be god incarnate and brutally ruled the world for a thousand years – has been vanquished. But Kelsier, the hero who masterminded that triumph, is dead too, and now the awesome task of building a new world has been left to his young protégé, Vin, the former street urchin who is now the most powerful Mistborn in the land, and to the idealistic young nobleman she loves.

As Kelsier’s protégé and slayer of the Lord Ruler she is now venerated by a budding new religion, a distinction that makes her intensely uncomfortable. Even more worrying, the mists have begun behaving strangely since the Lord Ruler died, and seem to harbor a strange vaporous entity that haunts her.

Stopping assassins may keep Vin’s Mistborn skills sharp, but it’s the least of her problems. Luthadel, the largest city of the former empire, doesn’t run itself, and Vin and the other members of Kelsier’s crew, who lead the revolution, must learn a whole new set of practical and political skills to help. It certainly won’t get easier with three armies – one of them composed of ferocious giants – now vying to conquer the city, and no sign of the Lord Ruler’s hidden cache of atium, the rarest and most powerful allomantic metal.

As the siege of Luthadel tightens, an ancient legend seems to offer a glimmer of hope. But even if it really exists, no one knows where to find the Well of Ascension or what manner of power it bestows.

==== okay I REALLY need to study for my upcoming test lol but review to be posted soon!”

This is what I posted on Goodreads, which probably shows how excited I was to start the next book in the trilogy. Which was very excited. 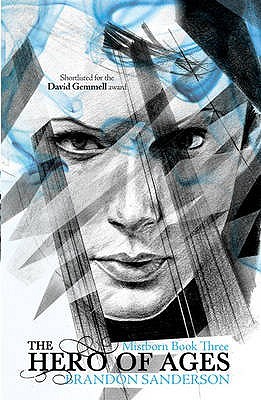 The Hero of Ages
Author: Brandon Sanderson
+Add to Goodreads

Synopsis:
Tricked into releasing the evil spirit Ruin while attempting to close the Well of Ascension, new emperor Elend Venture and his wife, the assassin Vin, are now hard-pressed to save the world.This adventure brings the Mistborn epic fantasy trilogy to a dramatic and surprising climax as Sanderson’s saga offers complex characters and a compelling plot, asking hard questions about loyalty, faith and responsibility.

How do I even write a review for such an epic book?
How can I spill all the feelings and emotions I experienced while reading the book and express them through just black and white text on the screen?
How is it possible to properly convey the depth in which this trilogy touched my soul?

One word to describe this trilogy is: MASTERPIECE.

*Just a quick heads up: some words may not be actual words in this review, but you get the point. Sorry in advance; the emotions are too real.

From beginning to end, Sanderson weaved a spell on me that had me enthralled for the restless days that I read the book. I physically COULDN’T stop reading. The plot is written so perfectly, so masterfully, that your eyes can’t help but chase after the chapters. And the next. And the next. Reading it is like fitting another piece of a puzzle, and finally towards the end when you start getting the whole picture, that feeling of wonder and awe will just astound you.

Well, at least it did to me.

The thing about the Mistborn trilogy is that Sanderson doesn’t just focus on the world, or just on the plot, or just on the characters, or just on the magic, or any specific detail. He explores them all at a length – almost the perfect amount of exploration. The characters have so much depth, throughout the books you can experience all their misgivings, their pride, their trust, their love, their betrayals, just as if you were the one experiencing it. And honestly, it’s so hard to hate any one of them (even the ones that are written to be hated). You get to understand so much of them that you start seeing them as real beings. The magic in this is the fact that they’re not real, nor are they even in a world where we can experience. But their situations and feelings, you can totally understand.

Most of the things that happened during this book pretty much gutted me. Like someone was shooting coins through my chest over, and over, and over again. The twists and turns of the plot were just stupefying. Like I said in the beginning, words can’t properly convey the sort of emotion that reading this book brought out from me. Suffice it to say, it has left a very deep and profound impact on me.

This book will leave your adrenaline rocket high and your heart pounding, in the best of ways. And as a conclusion, it was, well, simply a masterpiece. 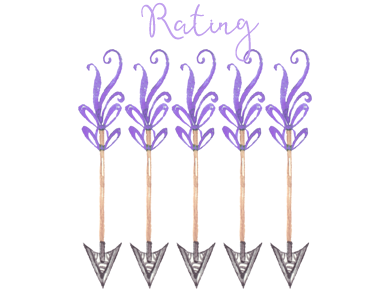