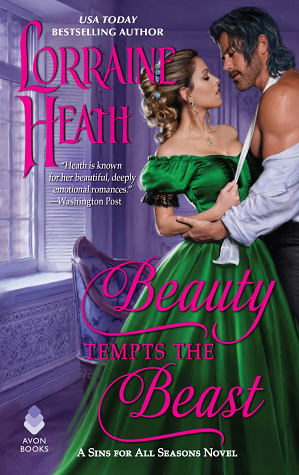 She wants lessons in seduction

Althea Stanwick was a perfect lady destined to marry a wealthy lord, until betrayal left her family penniless. Though she’s lost friends, fortune, and respectability, Althea has gained a scandalous plan. If she can learn to seduce, she can obtain power over men and return to Society on her terms. She even has the perfect teacher in mind, a man whose sense of honor and dark good looks belie his nickname: Beast.

Benedict Trewlove may not know his parentage but he knows where he belongs—on the dark side of London, offering protection wherever it’s needed. Yet no woman has ever made such an outrageous request as this mysterious beauty. Althea is out of place amongst vice and sin, even if she offers a wicked temptation he can’t resist. But as the truth of his origin emerges at last, it will take a fierce, wild love to overcome their pasts.

“The world in which she’d grown up lacked magic, depth, satisfaction. Only now did she realize it, only now did she understand that without him, her world had been an arid place where she never would have truly come into herself.”

Amazing! BEAUTY TEMPTS THE BEAST is a gentle, sweet, quieter romance that is low in angst but high in attraction. I’ve tried reading previous Heath’s books and couldn’t get into them, but I decided to take a chance with this one, since I’m weak for anything involving Beauty and the Beast. This book delivers, and more.

Although this is the last of a series, it was easy for me to follow, and the cameos made by previous characters in the series are minimal. Usually I get annoyed when it feels like there’s a push for other characters’ stories, but it wasn’t overt in BEAUTY TEMPTS THE BEAST and didn’t take away from the story, which I appreciated.

We start this book with the meeting of Beast, or Benedict, and Althea at the pub she works at. He thinks she doesn’t belong there, while she’s struggling to continue life after her father, a Duke, was revealed to be a traitor to the crown. He has a proposition for her: help him teach rules of etiquette for the women who work at the brothel he lives at, and he will teach her seduction to attract men as a mistress after her terms of employment ends. It’s high paying, and an opportunity for her to release her brothers’ responsibility for her. They agree, and the fun starts.

“‘For the entirety of my life, I have been at the mercy of men’s whims. Let them be at my mercy for a change. Teach me when to touch, where to touch, how to caress, how to drive a man mad with ecstasy.'”

Beast quickly understands that it’s difficult to teach seduction to a woman you’re highly attracted to. Through touching dialogue, moments of vulnerability, and an escapade to a gambling hell, the couple grows closer to each other until the lines of employment are blurred. There’s not a lot of back-and-forth in the book as both characters are pretty straightforward in their immediate goals, which I appreciated. Despite the meandering pace and lack of actual conflict/angst, I had no trouble breezing through the book because of the cute interactions between the couple and meaningful dialogue. At its essence, BEAUTY TEMPTS THE BEAST is about two people that are a bit wayward in their life paths finding each other, while finding themselves as well. It’s wholesome and gentle and exceptionally sweet.

Unfortunately, the author tries to instill a bit of conflict and it didn’t quite work out. It forces a separation of the couple despite their clear feelings towards each other and stalls the storyline. I didn’t think it was well-placed, and the source of conflict wasn’t strong as well. This was the biggest weakness in the book, as it felt forced and unnecessary. Another dislike was Heath’s excessively long sentences that loved using commas. Breaking down those sentences would have facilitated the flow, rather than making the reader follow long lines of thoughts and introspection.

For the characters, Beast was so amazing and sweet. I absolutely adored him and his kindness and respect towards everyone, no matter if they were highborn or a commoner. He’s quiet and humble, although he’s also observing as well. His devotion to Althea was also really easy to see through his actions and words. Absolutely lovable. Althea is hard-working and kind as well. I enjoyed seeing her growth as she transformed from a pampered member of the gentry to someone not afraid of hard work and uncertain futures. During the book she’s lost on what to do next with her life, but manages to find the answer to that question while falling in love with Beast,

I enjoyed Beast’s foster family, the Trewloves, which featured characters of the previous books of the series. They were a rambunctious group that showed great love and support towards one another, as well as with Althea. They were a delightful addition to the story!

Overall, BEAUTY TEMPTS THE BEAST was a lovely historical romance read that is low in angst. Despite the weak source of conflict that the author forces in, I thoroughly enjoyed the story and the journey of love that Benedict and Althea found with each other. The families you’re born in and the families you make are huge themes in the book, and they only add to the sweet undertones. I’d really recommend this to historical romance readers, although fans of Heath can’t miss out on the finale in this series. You certainly don’t need to read all the previous books to understand what’s going on (but I might just go back to catch up with all those lovable Trewloves). 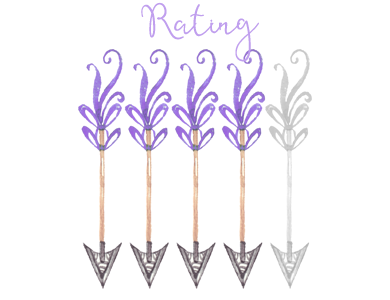 Thank you Avon and Netgalley for the review copy!