Both of these books were exciting, thrilling romances with an additional fantastical element to the plot. One takes place in a magical setting, while the other in the undergrounds of a vampire lair. Ultimately they were both 3.5 stars – an awesome, fun, and fluffy time, yet with a bit of pacing issues and lots of cheesy factors. Here we go!

From the brilliant imagination of Kerrelyn Sparks comes a bold new fantasy romance series in which passion and magic collide. Behold the Embraced…

Gwennore has a talent. An Elf able to track down the cause of an illness and heal it, she’s a valuable asset to her people. But when the kidnapping of a young girl thrusts Gwennore into the very heart of the realm of the dragons, she discovers not only a place of power and magic, but also a haunted land, plagued by an ancient curse that all but ensures extinction to the royal family. But when she meets the smoldering General Silas Dravenko, they strike a bargain—save the country from its cursed illness, and he will return the kidnapped girl. She’s been raised never to trust a dragon, but never did making a deal with the devil feel so good…

Silas has no way of curing the family he’s loyally served for years. But when a beautiful elf, long considered the enemy of the dragons, comes bursting into his world, Silas is awakened to passion and desire in a way he’s never felt before. But can he trust a sworn enemy to save the very existence he holds dear? And can their love survive those that threaten to tear them apart?

This book was seriously sweet and balanced fantastical elements well against a developing romance with two unique individuals. While the story itself was quite predictable, it was still fun seeing the plot unfold and seeing Gwennore grow into her character. Romance readers who are fond of character growth and intriguing fantasy elements should pick this one up!

Thank you St. Martin’s Press and Netgalley for the review copy! 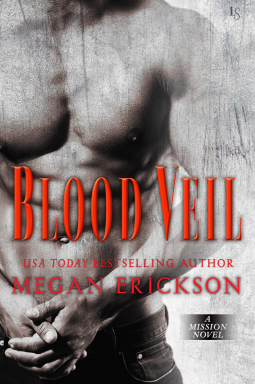 In the midst of supernatural chaos, worlds and hearts collide.

Celia: Having never known my parents, I’ve always felt like an orphan. All I want is a normal life. But after I’m attacked in my bedroom by one vampire—and rescued by another—it’s about time to give up on “normal” once and for all. Idris, the second in command of the Gregorie vampire clan, has come to my aid, but his motives for saving me are unclear. And what surprises me most is my attraction to his heated gaze. . . .

Idris: Terror. Curiosity. Arousal. These are the natural impulses of a human female, not the spawn of the ruthless Valarian king. Is it possible that Celia is unaware of her bloodline—and the power coursing through her veins? As the daughter of my archenemy, she was supposed to be my ransom. But how quickly the heat of desire changes everything. Now the family Celia has always craved is trying to kill her, and it’s up to me to save her again—when all I really want to do is make her mine.

Another hit from Erickson! Blood Veil is a very wholesome and lovely paranormal romance that puts cliche vampire elements with a dynamic couple that you can’t help but fall in love with. Just like the previous book, much of the plot was predictable, but it still manages to tug on your heart strings. I thought this was a solid sequel, especially since Blood Guard was such a hit for me (my review here). UF readers might find the elements of this book overused, but it still provides a solid romance that will transfer you to an interesting world for a couple of hours!

Thank you Loveswept and Netgalley for the review copy!

3 thoughts on “Mini-Reviews: Paranormal and Fantasy Romances With A Twist”