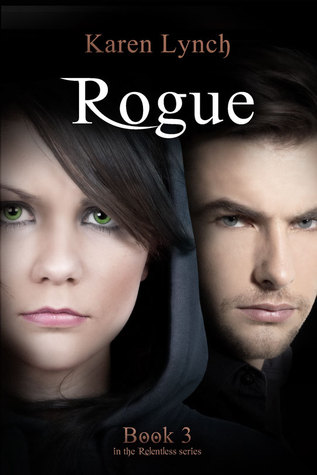 Synopsis:
Sara Grey is done hiding and done being afraid. The Master thinks he has her running scared, but she’s taking matters into her own hands and taking her life back. With the help of her friends, she sets out to find the one person who can answer her questions about her past, and who may be able to lead them to the Master.

On her journey, Sara faces new challenges and dangers, and learns that the world of good and evil is not as clear cut as she had believed. She makes new friends, unexpected allies, and reconnects with people from her past. As her powers continue to change and grow, she transforms from a struggling girl into a strong young warrior.

But at what cost? How much is Sara willing to sacrifice in her need for independence and her quest for the truth? And will her newfound strength be enough to save her and the people she loves when she finally comes face-to-face with her powerful nemesis? Nothing could have prepared her for what is to come, and it will take everything in her to survive the final test of courage and love.

Rogue is a stellar conclusion to the Relentless trilogy! I originally found the first book of this series for pretty cheap on Amazon Kindle, and decided to check it out. (Also, it doesn’t hurt to support the author – kudos to her for self-publishing!) I ended up really enjoying it, and have stuck with the trilogy until the conclusion. I’m really glad I did, because this was a jewel find! (Despite, in my opinion, the unfortunate cover.) Important lesson guys: never underestimate indie books, because there are just tons of diamonds waiting to be found by readers who dare to search for them.

Basically the story goes like this: we have humans. BUT we also have demons such as vampires, and fairies, and everything in between. Our main character, Sara, is half-Fae and half-Mohiri, which is a type of demon. Throughout the series she discovers many things about her ancestry and the past, which all lead up to her hunting down the Master of the vampires. Although these paranormal aspects are not that new, Lynch delivers them with a refreshing stance on things. Yes, it’s fae against demons, but also certain demon sects against others, and so on and so forth. This really provides a grey outlook on which creatures are on the “good” side and which are on the “bad.”

Sara’s development from the first book to the last really stands out. This girl is one to work hard to get the things she wants – whether it’s to get stronger or to protect the people she loves. Although I’ve always thought her powers were pretty OP (gamer terms for overpowered), the author makes her work hard to master them and make them effective against enemies. There is so much action in these books that really get your adrenaline going! Those scenes are descriptive and they really played like a movie in my head.

The romantic development was also quite satisfying, as Sara and her soulmate, Nikolas, vocalize their feelings to each other in this installment. Obviously there were some obstacles our couple had to face, a huge one involving Nikolas’s overprotection of Sara even though the girl can kick ass. However, her response to it is pretty much self-explanatory.

“‘Put yourself in my shoes. How would you feel if you suddenly lost your freedom and had people telling you what to do? I don’t want to be papmered and taken care of. I’m not fragile, and I don’t break that easily.’”

I’d actually recommend Vampire Academy fans and other supernatural/paranormal readers to give this trilogy a go! It’s definitely one of the better supernatural books I’ve read out there, with an action-paced plot, fun characters, and a sweet romance that’s just icing on the cake.

“‘Sara Grey, you’ve owned my heart from the moment I met you. My body and soul are yours if you’ll have them.’

Tears filled my eyes. ‘Yes, if it means forever with you.’”