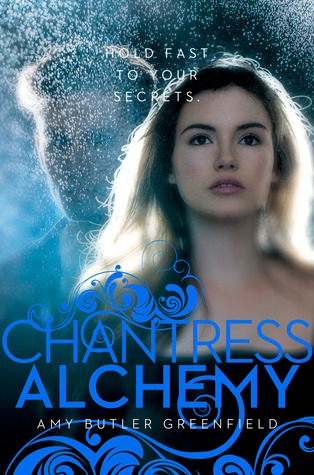 Summary:
Lucy races against time and magic in this compelling sequel to the “richly and thoughtfully written” (Publishers Weekly) Chantress.

Lucy is the last Chantress, the only remaining girl who can sing magic into the world. Since she defeated the evil Lord Scargrave, England has changed – and not for the better. With crops failing and the people rebelling, Lucy is called urgently back to King Henry’s court. His Inner Council is convinced that making gold through alchemy will save England. But a critical element to the alchemical process has been stolen. Lucy is tasked with finding it with her magic… or else. And until she succeeds, the castle is on lockdown.

Court too has changed. Scargrave’s brutal Chantress-hunter has become King Henry’s closest advisor. Lucy’s beloved Nat has fallen out of favor and is shunned by his colleagues. Their romance means trouble for both of them. Worst of all, something goes wrong with Lucy’s magic. The palace is a labyrinth, and there’s a monster at its heart – a monster who may have the power to defeat Lucy once and for all.

Amy Butler Greenfield returns to the beguiling world of Chantress for a suspenseful tale of courtly intrigue, music, and magic in Chantress Alchemy.

When Lucy arrives back at the palace, she didn’t expect to be caught up in the mystery of Who Stole the Crucible? But that’s exactly what happens, while she tries to figure out why the heck her magic isn’t working and how to deal with her romance with Nat. I enjoyed this book even more than I did with the first, and recently reread it before starting the last book, which I’ll be reviewing for a blog tour coming soon.

– The mystery is intriguing and had me guessing left and right.
Alright, everyone has their suspicions on who the killer is. I’m usually really bad at these games (Seriously, don’t play Clue with me), which is why I’m able to enjoy books with mystery in them so much. I never have a clue on what’s coming, haha.  Either way, the villain in this is nonetheless surprising and the twist at the end will have you reeling!

– I seriously love the parts about alchemy in this book.
If I believed in alchemy, I would so totally practice it! Alas, the closest I’ve ever gotten to it is watching all the episodes of Fullmetal Alchemist (original, Brotherhood, and manga). I love how the author incorporates parts of it in the book, and she weaves it in so nicely! Magic, alchemy, how could this alternate England get better?
But it gets better, because…

– Nat and Lucy is bae.
What is that I hear? Waves…? Is it Chantress music? No, it must be…
“OTP. OTP. O T P. O T P.”
The sound of my ship.
Yeah, this couple totally deserved that because they have to go through so much. Together, Nat and Lucy are so strong but each of them doesn’t realize it, thus things get complicated. They’re still cute, but so many things stand in their way in the book.

– All the characters were phenomenal.
Even the supporting casts were A+. Lucy is headstrong and learns how to work her way around the politics going on while still trying to help everybody. She doesn’t really know who to trust (since anyone could be the killer), but manages to find out her allies and enemies by the end of the book.

– Chantress music? That fell a bit

to me.
(For the non-musical people, that note is a “flat” sign.)
And yeah, the music isn’t really described that much or focused on at all. Rather, we see more of Lucy’s ability to sing rather than descriptions of the songs she sings. I know her songs are kind of ominous and otherwordly, but that’s about it. Also, they are in conjuction with water (or natural forces in general).
But other than that? Are her notes sharp when it’s aggressive? Are they flat when it’s sorrowful? Is the melody clear, dull, rapidamente, largo, allegro, anything?

As a musically-inclined individual (God I sound like a snob haha), I would’ve liked to have more descriptions on such details. They’re not essential to the plot, but it doesn’t hurt to describe the music when there’s music, right?

Other than that, I thoroughly enjoyed the book.

Recommended for:
Fantasy readers and people who read the first book (duh). If you like mystery in the courts of a kingdom as well as magic, definitely check this one out!